LIGNA 2019 happens to be taking place during the asparagus season - and there are sure to be plenty of farmers out there who would appreciate a harvesting machine as rugged and efficient as the latest innovations from forestry machine manufacturer PONSSE, which WAHLERS Forsttechnik is exhibiting at the fair.

It is mainly importers that bring the really heavy machinery to LIGNA in Hannover, the trade fair that is once again opening its gates at the end of May and attracts the who's who of the wood working and processing industry. The manufacturers themselves are often based in the far north of Europe, where the forestry industry needs even more robust equipment than in more temperate zones. Yet this is something these manufacturers can also capitalize on, arguing that what works "up there" is even more effective elsewhere. The importers that transform the open-air site at LIGNA into a mecca for forestry specialists every two years include WAHLERS Forsttechnik. This north German company has been distributing the forestry machinery of Finnish manufacturer PONSSE in Germany since 1993. It now also covers Austria, German-speaking Switzerland and the Netherlands.

PONSSE harvesters and forwarders are the world's leading machine logging technology and boast maximum efficiency. The company's exhibits in Hannover are set to include the new PONSSE Bison, which PONSSE recently unveiled at its in-house trade fair. Also new is Active Crane, designed to enable users to control the gripper directly instead of having to operate the main and outer booms separately. The new PONSSE Cobra harvester is a further trade fair highlight, delivering a particularly efficient solution for regular quantities of small to medium-sized trees. WAHLERS will be offering more information on what it has in store for LIGNA 2019 shortly before the start of the fair.

If you have any problems with the view then go to. 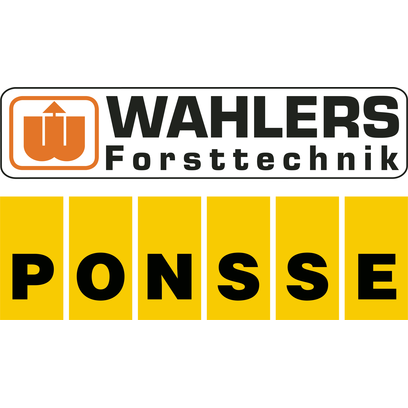 At LIGNA 2019 you could visit WAHLERS Forsttechnik on-site and learn more about the latest products and services. more

For movers and shakers

Barking up the right tree!

The SVLFG is showcasing an innovation in forestry and horticulture at this year's LIGNA - a remote-control felling wedge designed to enable...

As an importer for world-leading manufacturer of forestry machinery JOHN DEERE, NUHN is bringing skidders, harvesters and forwarders to the...

It’s big, powerful and fast and can transport up to 16 metric tons of logs from harvest site to log landing with consummate ease. It’s the...