Responsible use of resources is one of the key factors to which Kaeser Kompressoren owes its success. As a leading compressed air systems provider and a renowned industry trendsetter, the family-owned company proudly presented yet another technological milestone some time ago: the introduction of synchronous reluctance motors for its SFC variable-speed screw compressors. After the ASD series, the CSD and CSDX series are the next to be equipped with this technology. This means significantly lower energy costs for customers, particularly in the crucial partial-load range, compared to the previous solution with asynchronous motors. With Sigma Profile and innovative drive concepts, Kaeser's rotary screw compressors already deliver outstanding performance and reliability, combined with energy efficiency and space-saving design, in keeping with Kaeser's motto: More compressed air for less energy consumption. The roll-out of synchronous reluctance technology was the next step towards even greater efficiency. The major advantage of this complete solution, which was developed in partnership with Siemens, is an efficiency gain of approximately ten percent in the partial-load range. Thanks to the innovative motors and the top IES2 classification as per the new EN 50598 efficiency standard, this solution offers unprecedented efficiency. For example, in the case of an ASD SFC series screw compressor, this translates into average energy cost savings of around 450 euros per year, based on approximately 6,000 operating hours at a rate of 10 cents per kilowatt hour. Users therefore not only enjoy maximum flexibility for specific applications and varying environmental conditions, but also with regard to load response. Variable-speed drive with high system efficiency Compressed air stations are often constructed on a modular basis. Continuously running compressors with IE4 motors cover base load demand, whilst additional peak-load compressors respond flexibly to meet extra demand; the system is controlled by a Sigma Air Manager 4.0 to ensure maximum efficiency. With the Siemens synchronous reluctance drive systems, this will be performed with even greater efficiency in the all-important partial load range. They were developed in response to the fact that the new EN 50598 eco-design standard applies not only to the efficiency values of individual drives, but represents a shift in regulatory emphasis to overall system efficiency and thus assesses the compliance of variable-speed drive solutions, based on their overall system efficiency. With its variable-speed version (SFC) of the ASD to CSDX series, Kaeser paves the way for customers around the world to embark on a path of minimal energy consumption and minimal operating costs. The best of both worlds: synchronous and asynchronous motor technology This new and innovative series of general-purpose motors combines the strong points of both asynchronous and synchronous motors in a single drive system. No aluminium, copper or expensive rare earth magnets are used in the rotors. Instead they are made of electrical steel with a specialised profile and arranged in series, making the drive highly durable and maintenance friendly, the characteristic advantages of asynchronous motors. On the other hand, the control properties of the new motors are comparable to those of synchronous motors. The special rotor design enables reluctance motors to deliver high speeds without additional rotor warming due to current flow. The key to this lies in optimised matching of the drive system elements, i.e. the motor and frequency converter. It is the perfectly harmonised interplay between these two components that facilitates maximum energy savings. 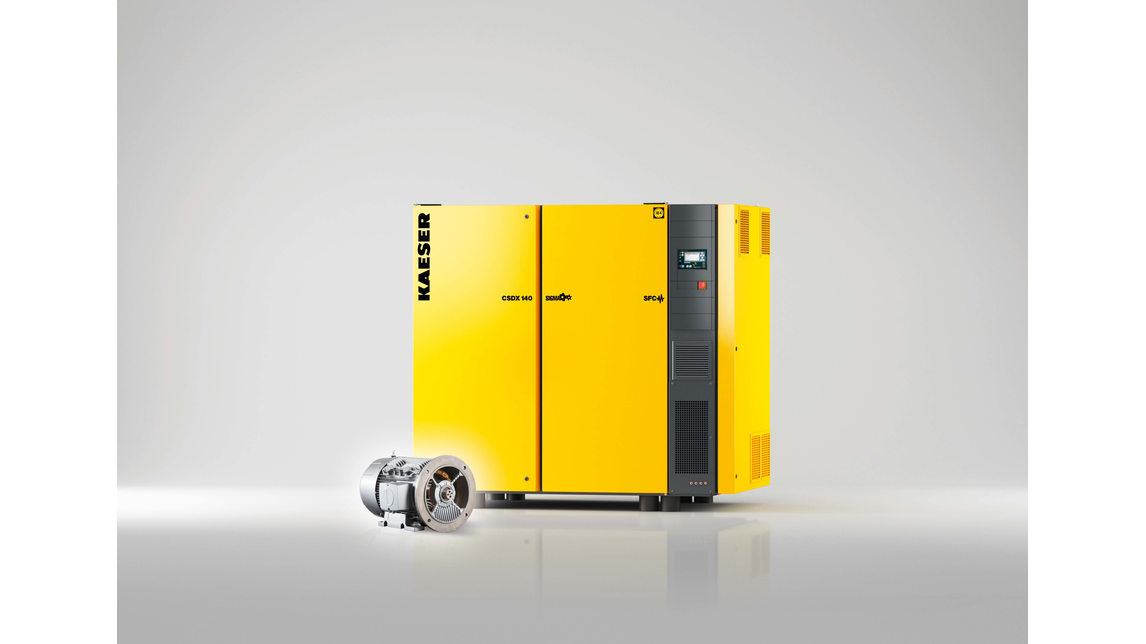